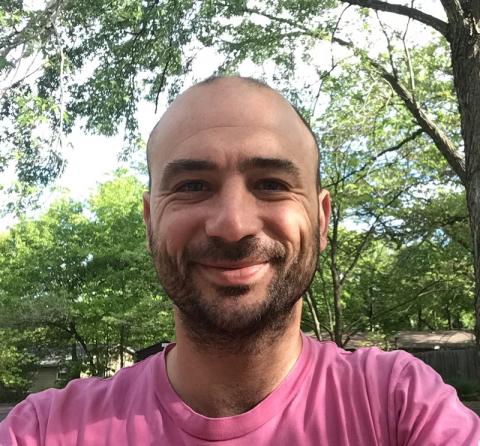 My research deals with 20th century literature and culture, focusing in particular upon German cultures of the Cold War. In addition to publishing several essays on punk rock in East Germany, and other articles on experimental filmmaking in East Germany and the early prose of Peter Weiss, with Mirko M. Hall and Cyrus M. Shahan I have co-edited a volume entitled Beyond No Future: Cultures of German Punk. My first monograph, Moving Images on the Margins: Experimental Film in Late Socialist East Germany, studied East German experimental filmmaking as an intermedial practice. My second book will study the working life and political thought of Peter Weiss with an eye to the positioning systems—ethical, political, aesthetic—of the Cold War.

If you would like to read any of my work but are unable to find or easily access a copy, please email me, as I am happy to provide a PDF version directly. In addition to the abovementioned books, my publications include the following articles and reviews:

I teach German at the intermediate and advanced levels of our undergraduate curriculum here at MU. I emphasize debate, dialogue and even argument in my conversation courses, which focus on hot-button issues in contemporary German society. My literature classes ask students to take up the challenges posed to them in works of engaged literature by authors such as Anna Seghers, Bertolt Brecht, Aras Ören, and Peter Weiss. While much of my graduate teaching concerns German literature and culture after 1945, I have made limited forays into previous periods. Particularly exciting, in this regard, was a 2015 course called Inszenierungen der Gewalt, in which students read Schiller, Kleist, Kafka, and Büchner through the lens(es) of Benjamin, Arendt, Jünger, and Scarry — and vice versa.

Since coming to MU in 2014, I've taught the following courses: