The Spanish Theater Club is proud to announce its First performance: Si cae España. This play on The Spanish Civil War (1936-1939) is entirely composed by the verses of the most passionate poets at the time who felt for Spain and the world. The title is taken from the classical poem España, aparta de mí este cáliz or Spain, take this cup from me (1939), written by César Vallejo, a world poet.

Our performance will take place on Thursday, December 2, at Studio 4 (McKee Gymnasium) at 7:30 pm. Tickets and information at edhrcv@missouri.eduor jmmpc@missouri.edu.

THIS EVENT HAS BEEN POSTPONED UNTIL SPRING 2022 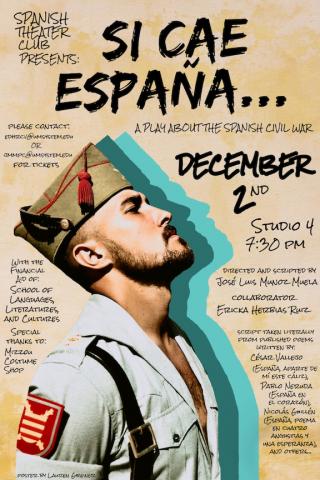