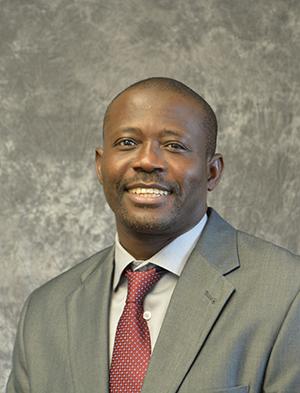 My research and teaching focuses on Afro-Caribbean literature, culture, and history, particularly at the beginning of the twentieth century. I am especially interested in the interconnections (resemblances and differences) between the literary contributions of Negrismo and Negritude poets and their interactions with writers of the Harlem Renaissance. I also focus on the redefinition of national identities in the Caribbean as a consequence of decolonization movements in Africa. Furthermore, I am interested in the ever-changing nature of Afro-Caribbean cultures, due in part to the Antillanité and Créolité movements.

Recently, my research has extended into an investigation of religious extremism in Central and West Africa. After having completed two recent trips to Cameroon, I am in the final stages of a book on the threat posed by Boko Haram in the countries surrounding Lake Chad.

My book, The Changing Face of Afro-Caribbean Cultural Identity: Negrismo and Négritude is a sustained inquiry into Negrismo and Négritude, two literary movements that appeared in the Francophone and Hispanic Caribbean as well as in Africa at the beginning of the twentieth century. It draws on speeches and manifestos, as well as contemporary scholarship on cultural studies to contextualize ideas. It establishes how both movements originated in the Caribbean and in Africa, and it lays out the literary antecedents that influenced or shaped each of them.

Specifically, the book examines the quest for cultural identity through the poetry of Nicolas Guillén, Manuel del Cabral, and Palés Matos. The question of identity is extended to the Négritude movement through close readings of the poems of Léopold Senghor, Léon-Gontran Damas, and Aimé Césaire. I also discuss the under-represented Négritude women writers who were largely silenced by their male counterparts during the first half of the twentieth century.

Ultimately, this book demonstrates how Caribbean cultural identity is in, and always has been, a slippery and fluctuating phenomenon. While the founders of the Négritude movement proudly identified themselves as descendants of Africans and were proud to proclaim their African heritage, the proponents of the Antillanité and Créolité movements saw and continue to see themselves as hybridized, a product of cultural miscegenation between an amalgam of cultures.

I also served as Chair in the (former) Department of Romance Languages and Literatures; and have also been directing our Study Abroad program in Spain for many years.