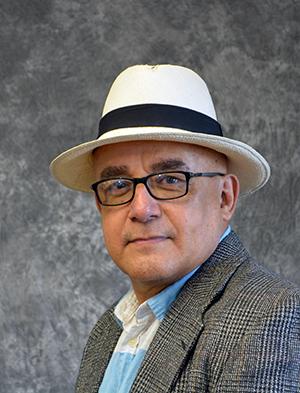 As a screenwriter he wrote the scripts for the documentary films Como los sinsontes de las cañadas (2014) and Sergio Ramírez. La herencia de Cervantes en Centroamérica. (2019), along with the poetic text for the short film Las cabezas de la Hidra (2018), all of them directed by Iván Arguello L.

Dr. Blandón has contributed to the university's service mission through various campus committee positions, developing Writing Intensive courses, giving scholarly presentations at conferences in the US and abroad, and inviting Latin American writers to lecture. He has also helped organize and taken part as a panel member in conferences and symposia which have brought visibility not only to the school but also the university. The most visible service Dr. Blandón has done is bringing Central American Cultural Studies to the department of Romance Languages and Literatures, now merged into the School of Languages, Literatures and Cultures, supporting the university's dedication to multi-disciplinary studies and expanding the recognition around the country and abroad of MU through his publications and lectures.