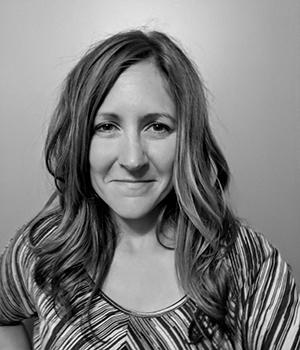 Megan Moore is a medievalist whose work focuses on gender, identity, and cross-cultural exchange in the medieval Mediterranean, with a particular focus on literatures and cultural objects attesting to the negotiations and encounters within the Old French-speaking Mediterranean diaspora of the 12th and 13th centuries.  Professor Moore's main teaching and research interests revolve around comparative questions of identity and power and mobilize sites as diverse as medieval romance, cyborg film, and post- and trans*- humanist ecofeminist critique.

Prof. Moore’s latest monograph, The Erotics of Grief: Death, Desire, and Power in Medieval Culture (Cornell University Press, 2021), explores how grief and power are entwined in the construction of medieval Mediterranean communities of privilege. This book seeks to understand why some grief matters more than others, why some emotional regimes can be heard and thematized, while others are erased and silenced. Building off an initial book chapter, ("Chrétien's Romance of Grief: Widows and their Erotic Bodies in Yvain," in Masculinities and Femininities in the Middle Ages, ed. Fred Kiefer), The Erotics of Grief explores the relations between affect, gender, and the production of power in Old French, Middle English, Hellenic, and Byzantine romance, chansons de geste, and travel narratives.  Her first book, Exchanges in Exoticism:  Cross-Cultural Marriage and the Making of the Mediterranean in Old French Romance (U of Toronto Press, 2014) explores how women’s work on the edges of empire facilitated and economic and ideological exchange throughout the medieval Mediterranean, and focuses specifically on cross-cultural marriages between Byzantium and western Europe. Prof. Moore has also published an edited volume, Gender in the Premodern Mediterranean (Arizona State University, 2019) as well as on emotions in Byzantine literature and on feminist pedagogy, and she has a forthcoming chapter on medieval affect in the second edition of The Cambridge Companion to Medieval Romance.

Her current research uses feminist ecocriticism, disability studies, trans* studies, and critical conversations about space, including non-representational geography, to explore a potential remapping of medieval courtliness in which non-dominant subjects' and their bodies' performance of space is integral to medieval ways of knowing, and to the idea of the court itself.  By imagining nondominant spaces--say, the forest, with its hideous, outcast creatures--as integral to the geographies of medieval knowledge, this new project seeks to redefine the spatial ecologies of medieval romance.

In her teaching, Prof. Moore challenges students to develop the critical visual, thinking, and writing skills crucial to unpacking the ways power is constructed around us.  She teaches undergraduate and graduate courses in Gender Studies and Film Studies, such as French Feminisms in the Age of #metoo; Francophone Afro-feminisms;  Invading Others: Zombies and Epidemics in film; the Mediterranean & Migration; Feeling Human: Cyborgs & Emotional Exceptionalism in the Posthuman;  Medieval Mediterranean literature.  She has recently directed a Mediterranean studies dissertation exploring how French-Arabic translation and cross-cultural exchange impacted late 19th- and early 20th-century education in Cairo, and she welcomes students interested in Mediterranean and Postcolonial studies, medieval gender studies, cyborgs and posthumanism, and feminist and trans* ecocriticism. 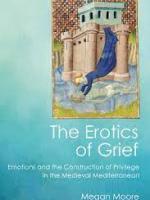 Book
The Erotics of Grief: Emotions and the Construction of Privilege in the Medieval Mediterranean

The Erotics of Grief: Emotions and the Construction of Privilege in the Medieval Mediterranean.  Ithaca:  Cornell University Press, 2021. 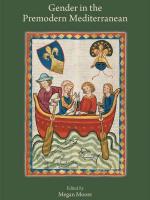 Book
Gender in the Premodern Mediterranean
Get Book 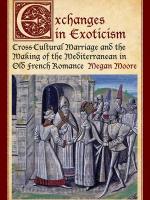 Book
Exchanges in Exoticism: Cross-Cultural Marriage and the Making of the Mediterranean in Old French Romance

“The Affective Community of Romance: Love, Privilege, and the Erotics of Death in the Mediterranean” in Reading the Late Byzantine Romances, edited by Ingela Nilsson and Adam Goldwyn. Cambridge:  Cambridge University Press, 2018.  299-320.