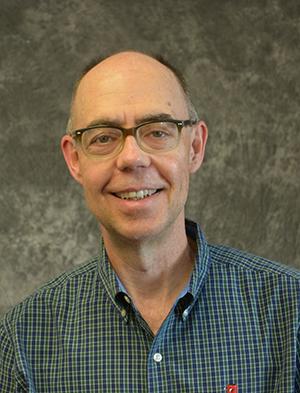 Professor Presberg specializes in literary works of Spain's Renaissance and Baroque periods—the Spanish Golden Age. His research explores the cultural reach of rhetoric and poetics in the Golden Age with emphasis on the writings of Cervantes. He has recently published Adventures in Paradox: "Don Quixote" and the Western Tradition (Pennsylvania State University Press, 2001) and is finishing a book titled Praising the Folly of Truthful Tales: "Don Quixote" and the Enigmas of Narrative, which examines how Cervantes's masterpiece both thematizes and dramatizes such constitutive elements of narrative as plot, character, meaning, and point of view. His articles on Cervantes, Quevedo, Tirso de Molina, San Juan de la Cruz, and Calderón have appeared in such journals as MLN, Cervantes, Bulletin of the Comediantes, Laberinto, Hispania, and Revista de Estudios Hispánicos. From undergraduate survey courses to graduate seminars, he teaches a variety of courses in Spanish language and literature as well as Spanish American literature. 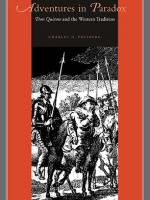 Adventures in Paradox: "Don Quixote" and the Western Tradition