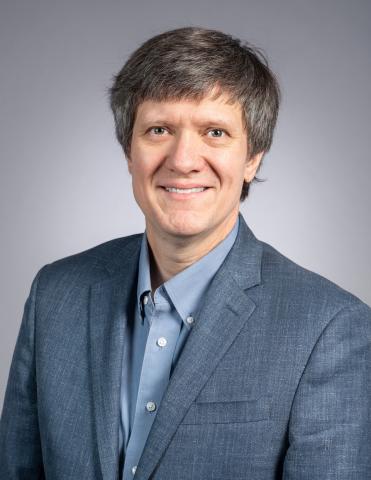 MICHAEL VOLZ is an Associate Teaching Professor of Chinese, Coordinator of MU’s Chinese Studies Program, and Director of the International Studies Program.

Volz has 30 years of experience with China, Chinese language, and Chinese culture, both as a personal witness and as a scholar.  Volz’s first trip to China was in 1989 as part of a study abroad program.  Since that time, he has returned to China every year or two, as a traveler or teacher, including two years in Sichuan Province teaching English to Chinese college students in the early 1990’s.

Volz was in the first cohort to graduate with a BA in East Asian Studies from Valparaiso University. He further developed his dual interests in language pedagogy and Chinese language and culture through an MEd in Second Languages and Cultures from the University of Minnesota, and an MA in East Asian Studies with a focus in Chinese from Stanford.  Volz continues to be interested in the study of language pedagogy, and in cross-cultural interactions between China and the U.S. at the personal and organizational levels.

Volz joined the MU community in 2005 and has led the growth of the Chinese Studies program to allow for 3 years of language study and in 2014 successfully carried through a proposal to add a Chinese Studies minor.  Volz initiated a MU study abroad program in China beginning in 2008. Since 2015, he has been cooperating with the Trulaske School of Business to lead a 6-week, interdisciplinary China study abroad program.