In this essay, Prof. Méndez Rodenas returns to the Spanish edition of Merlin’s Viaje a la Habana (1844), reading it with fresh eyes not only as a poetic homage to the city of Havana, but also as a foundational work in the Cuban literary tradition. Merlin’s Viaje a la Habana is emblematic of nineteenth-century literary and visual cartographies that mapped colonial Havana in a romantic mode. During her two-month stay (June–July, 1840), Merlin’s sentimental return to her native city is tinged with remembrance and renewal of lost family ties. While an accent on affect and the poetry of place haunts every episode in the travelogue, the text unfolds as a literary map of nineteenth-century Havana that sheds light on an early, formative stage in the formation of Cuban national identity. She examines Merlin’s literary mapping of colonial Havana through various spatial tropes: sublime tropics (the topography of the port), the contrast between public and private spaces, and the effect of surveillance in the city. Lastly, she looks at how Merlin’s travelogue constructs a social history of colonial Havana at a threshold moment not only in her life story—the eve of her final farewell—but also of the nation. 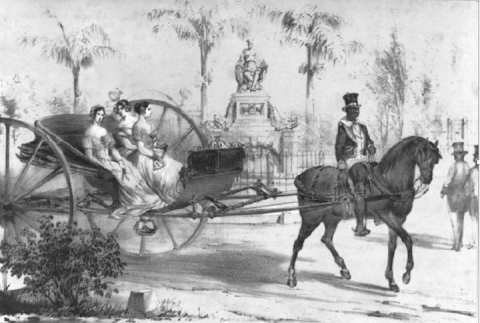