Mar Soria has published Geographies of Urban Female Labor and Nationhood in Spanish Culture, 1880–1975. Reviewers note that “By studying the representation of female in a diverse array of cultural artifacts, Soria contends that urban women workers symbolized the desires and anxieties of a nation caught between traditional values and rapidly shifting socioeconomic forces. The representation of urban female work became a mode of reinforcing and contesting dominant discourses of gender, class, space, and nationhood in critical moments after 1880, when social and economic upheavals resulted in fears of impending national instability. Through these cultural artifacts Spaniards wrestled with the unresolved contradictions in the gender and class ideologies used to construct and maintain the national imaginary.” 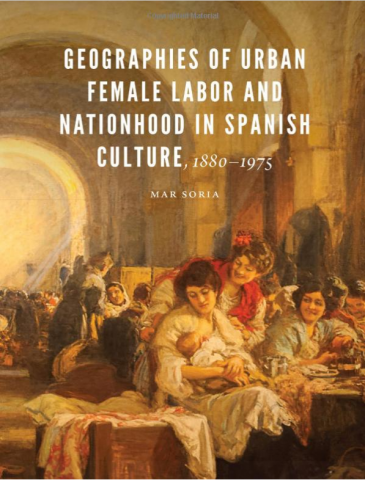