On Sunday, April 24, the Spanish Theater Club at Mizzou performed its new play Pedro Páramo, based on the classic Mexican novel by Juan Rulfo. Directed by Spanish graduate student José Luis Muñoz Muela, the minimalist stage portrayed an allegorical Day of the Dead in Comala, a ghost town abused by its fierce ruler, Pedro Páramo (Galen Zavala). The play follows Juan Preciado, featured by Mexican student Tadeo Ruiz, the only Páramo's son alive, in his underworld journey, after promising his dying mother (Rachel Carlson) to find his father. The quest will open a display of phantasmal characters and the illusion of a magical festivity, perceiving the Dead as another form of existence in which all are nothing but just one family.

International and US students gave this play the Mexican spirit and Latino soul of the world. Among new performers are Vanessa Porto and Hernán Trujillo from Colombia, Fernando Vera from Chile, Francisco Munive from Ecuador, Kaedynce Kaleikini from the US, and Bijaya Bishnu from Nepal. Performers who continue acting are Roselyn Ciprian & Ericka Herbias (Peru), Felipe Rodrigues (Brazil), Tanner Lujan (US), Alberto González (Spain) and Lucía Medina (Colombia).

Directed by Muñoz Muela and collaborated by Talia Gritzmacher & Ericka Herbias, Pedro Páramo is a testimony of art, life, and work.

All are invited to form part of our Spanish Theater Club, living languages! 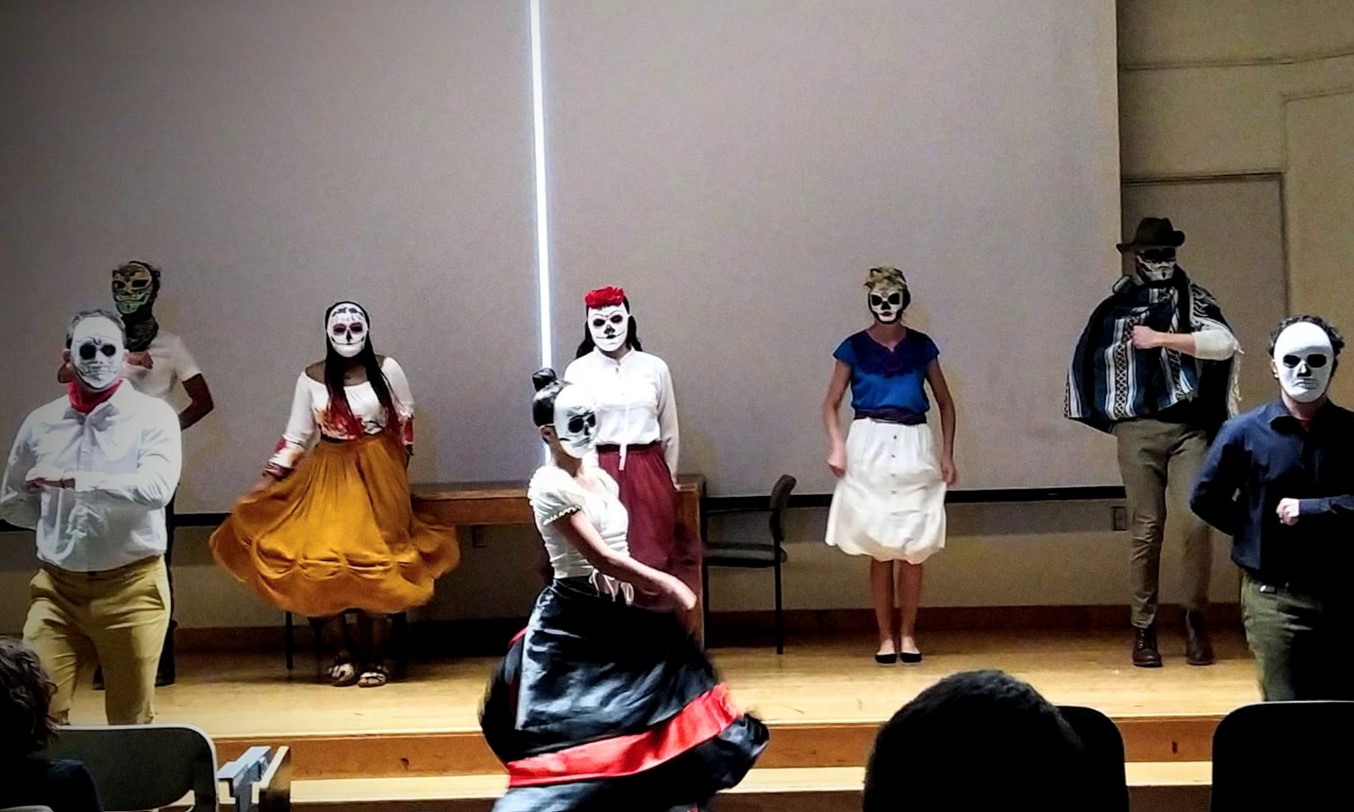 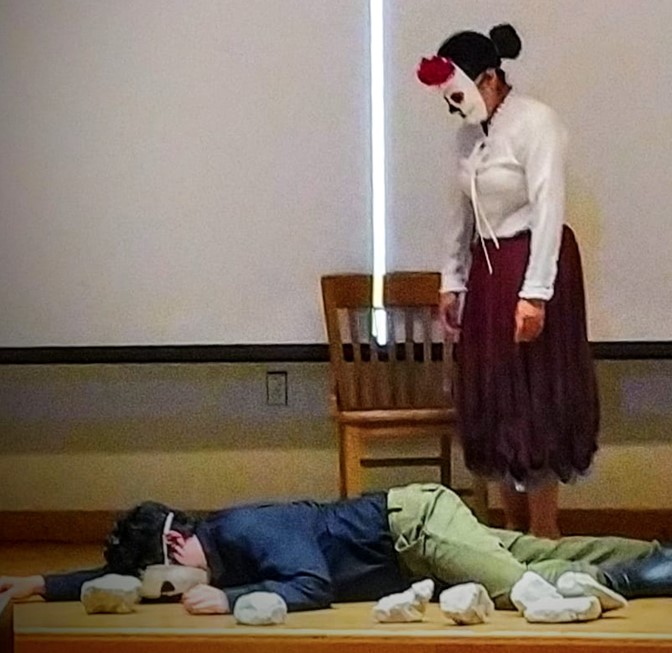