This edited volume employs the paradoxical notion of ‘anticipatory plagiarism’—developed in the 1960s by the ‘Oulipo’ group of French writers and thinkers—as a mode for reading Russian literature. Reversing established critical approaches to the canon and literary influence, its contributors ask us to consider how reading against linear chronologies can elicit fascinating new patterns and perspectives.

Reading Backwards: An Advance Retrospective on Russian Literature re-assesses three major nineteenth-century authors—Gogol, Dostoevsky and Tolstoy—either in terms of previous writers and artists who plagiarized them (such as Raphael, Homer, or Hall Caine), or of their own depredations against later writers (from J.M. Coetzee to Liudmila Petrushevskaia).

Far from suggesting that past authors literally stole from their descendants, these engaging essays, contributed by both early-career and senior scholars of Russian and comparative literature, encourage us to identify the contingent and familiar within classic texts. By moving beyond rigid notions of cultural heritage and literary canons, they demonstrate that inspiration is cyclical, influence can flow in multiple directions, and no idea is ever truly original.

This book will be of great value to literary scholars and students working in Russian Studies. The introductory discussion of the origins and context of ‘plagiarism by anticipation’, alongside varied applications of the concept, will also be of interest to those working in the wider fields of comparative literature, reception studies, and translation studies.

The #Introduction explains the concept of #AnticipatoryPlagiarism, a nonsense #Oulipo idea popularized by maverick French academic Pierre Bayard, which we applied to #Russian #literature #ReadingBackwards.

Prof Timothy Langen wrote the first essay in the #Gogol subsection: he argues persuasively that Gogol plagiarized ideas from Sigizmund #Krzhizhanovskii, who nicked HIS notions from the great #FlannOBrien 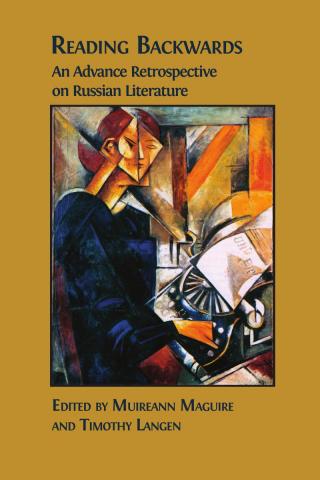